at the Forefront—and At the Bar

Putting Women’s Empowerment at the Forefront—and At the Bar

Jasmine Elizabeth Diaz has always wanted to head up a prestigious food and beverage program. And in 2019, when she joined the team at Hotel Zena, a Viceroy property in Washington, D.C. that opened last fall, she was able to make that dream a reality.

“My career started in the back of house operations, starting from kitchen prep to reaching the rank of executive sous chef,” explains the Culinary Institute of America grad. But with her ultimate aim in mind, she soon transitioned to the front of the house. “Working through the front of house operations gave me a taste of what leadership skills I needed to attain to achieve that goal—which I reached by joining Hotel Zena,” she says.

“Hotel Zena is dedicated to women’s empowerment, and recognizing the stories and struggles of those who have fought for equality through art, music, design, and food.”

These days, she serves as Area Assistant Director of Food & Beverage for the hotel and its Figleaf Bar & Lounge, where she spends her days on tasks like recruiting and managing staff, overseeing banquet and catering events, and of course, creating the cocktail menu.

And that cocktail menu definitely makes a statement—not only for its innovative offerings but also for how it seamlessly incorporates the property’s overarching theme: spotlighting women and the amazing contributions they’ve made. 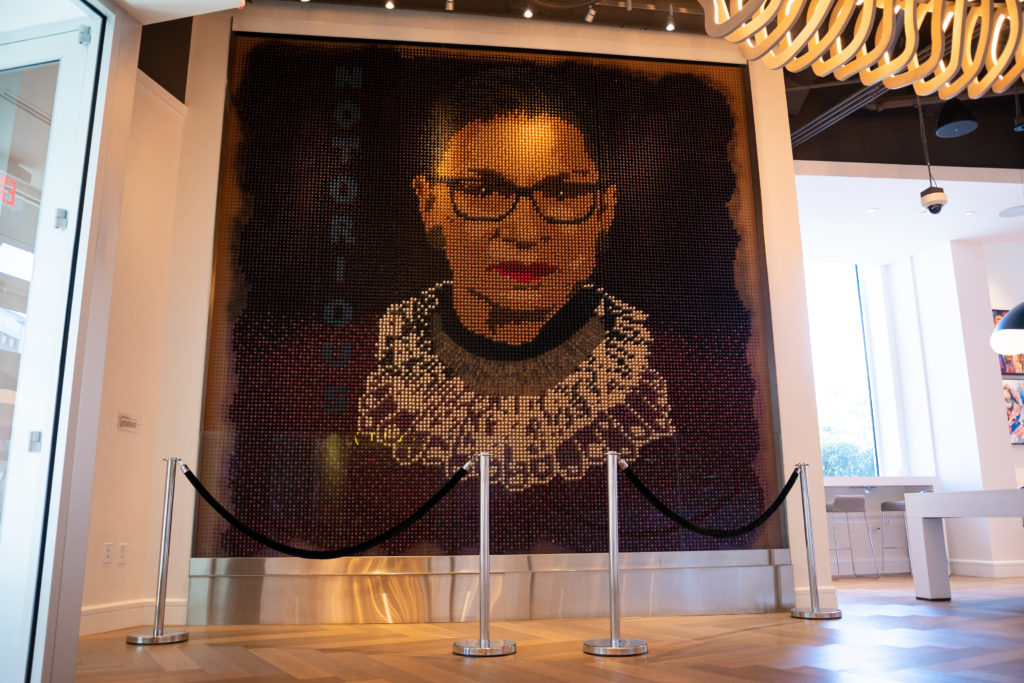 Opened in the fall of 2020 and located on 14th street in the city’s trendy Logan Circle area, you can feel the hotel’s vibe before you even enter: A gorgeous mural of two strong warrior-sentinel women, created by local D.C. muralist MISS CHELOVE occupies a few stories of exterior wall space.

And it’s no different once you’re inside, with art truly taking center stage. In the lobby, you’ll find a giant, stunning mural of the late Justice Ruth Bader Ginsburg, which was done in the pointillist style—and created with some 20,000 hand-painted tampons. “This unique portrait honors both Justice Ginsburg’s life-long dedication to women’s rights and equality and her humor in the most personal and intimate form,” according to the hotel. She joins nine other women—including the first Black congresswoman, Shirley Chisholm—in the lobby’s Portrait Gallery. In all, there are more than 60 works of art created by feminists of all genders, specifically for the hotel.

Hotel Zena is a hotel “that offers a haven for all genders, races, and sexualities; where an atmosphere of strength and femininity live in harmony,” said Bill Walshe, CEO of Viceroy Hotels & Resorts in a release when the hotel first opened. “As our second hotel to open in Washington D.C. this year, following the debut of Viceroy Washington D.C., we are looking beyond the power and politics of the city to better position our nation’s capital as a hub for culture, unity, and empowerment.”

With 191 rooms and suites, the inclusive hotel also has all the amenities you’d expect of a luxury property—from a fitness center to a rooftop pool to their “Z shed”, where you can find everything from polaroid cameras and GoPros to bikes and scooters.

Art is one of the ways the hotel honors influential women—and the cocktails at Figleaf are another. “The cocktails are a recognition and acknowledgment of women around the world speaking their truth through their products,” explains Diaz.

For instance, #ImSpeaking, a seasonal cocktail made with vanilla-infused bourbon, fig syrup, cassia bitters, and smoked cinnamon, “paid tribute to a phrase now-Vice President Kamala Harris used during the debates,” says Diaz. “I saw that phrase echo throughout the media and felt, like so many, that it was a call-to-action for those who have not normally had their voices heard to speak louder and to have their contributions acknowledged.”

Plus, many of the ingredients come from and are made by women-owned businesses. “One of my favorite partnerships is with local female-owned distillery Republic Restoratives, who are known as being the largest crowdfunded distillery in United States history and who put a ton of thought and love into their product, “explains Diaz. Others include Catoctin Creek, a Virginia-based distillery that Diaz is working with to create some upcoming cocktails, she says, and Casa Dragones tequila.

“All too often, women are not recognized as the pioneers in their field, so it’s been an honor to feature and highlight their ingredients on both a local and global scale.”

Casa Dragones tequila is used in the La Catrina cocktail, which also includes lime, Cointreau, and simple syrup. “My creation of a simple, classic cocktail with quality ingredients allows such a great product to shine,” says Diaz. 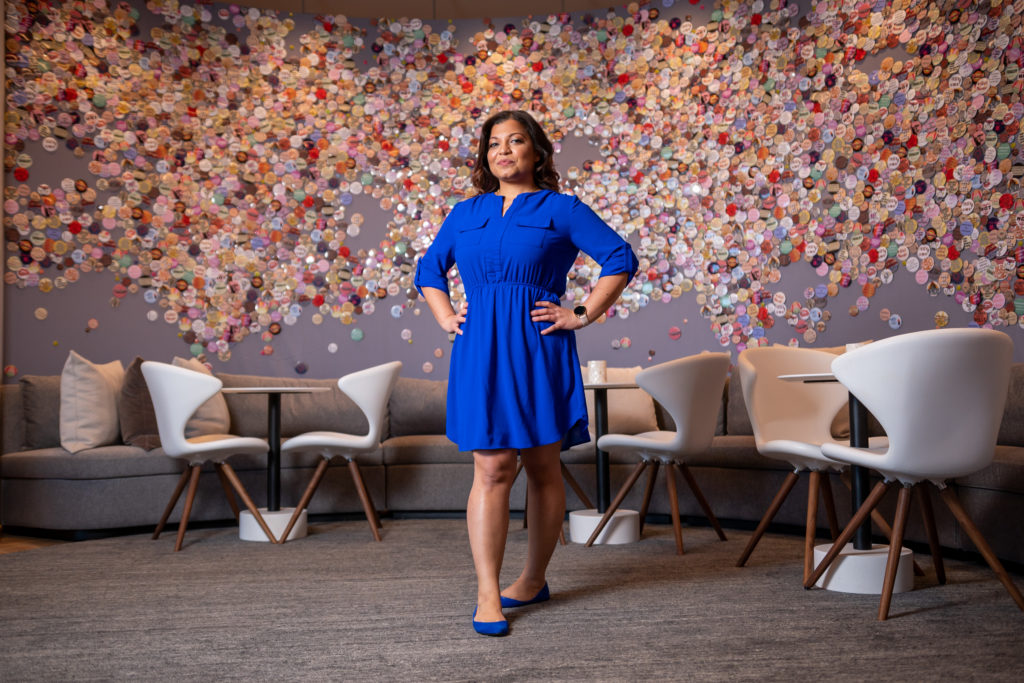 Above all, when visiting Figleaf, Diaz hopes that guests have a great time. “Secondly, our hope is that you walk away with new inspiration, whether it is from our cocktails or the myriad of paintings and sculptures celebrating women throughout history,” she says.

And soon, guests will have another venue at the hotel where they can do that as well. Hedy’s Rooftop Bar—named for the actor and inventor Hedy Lamarr—is slated to open in the spring. “We’re looking forward to showcasing a brand new cocktail menu and light bites menu—best enjoyed with the incredible views of the DC skyline,” says Diaz.

Overall, Diaz says, “We are proud of what we do and of our mission to provide one of the most unique and authentic foods and beverage experiences that speak to women in the hospitality [industry]. It is my sincerest hope that we can be the trailblazers in placing women on the pedestals that they deserve for all the contributions they have made to our industry. Salud!”

As we honor Women’s History Month this March, we celebrate the work that Diaz and the team at Hotel Zena are doing to push for a more equitable and inclusive world. And they’re not the only ones: Here are a few more women-run and women-focused properties and businesses we love:

Take me to Culture Club Stories

Ask the Expert: What Is Sustainable Travel

Women’s History Month: How Travel Trains You to Be a Leader