F1S CEO and Co-Founder Fernando Gonzalez talks about his recent trip to Cuba, including great restaurants, art, and more.

If you’ve been thinking about a trip to Cuba, you’re in luck: F1S CEO and Co-Founder Fernando Gonzalez recently visited the country—his third time there—and had lots to say about his trip. Here, he talks about what has changed since his last visit, about the amazing restaurant and art scene, and why he thinks being intentional during your time in Cuba is so essential to the experience. 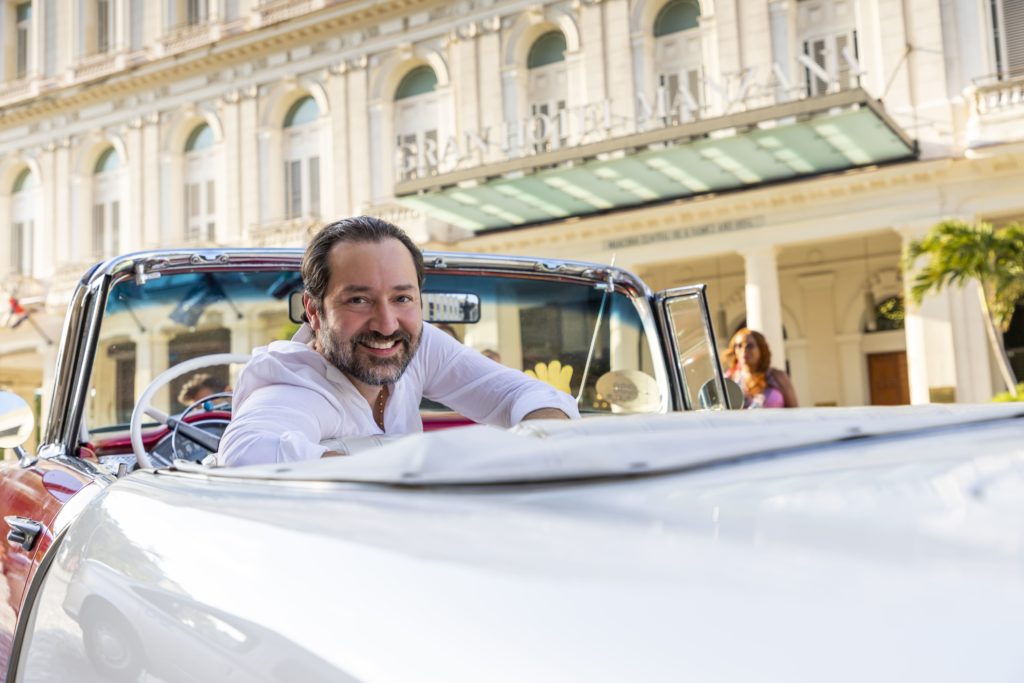 Q. Let’s start at the beginning: Is it difficult to travel to Cuba these days? What was the experience like?

It was extremely easy. I’ve done a dozen international trips in the past few months and this experience was very smooth with no complications at all. You have to have a visa and when I visited, there were still some Covid requirements, like presenting a negative Covid test. But even though the process was smooth, I’d strongly recommend using a travel advisor who can walk you step by step through the process of obtaining all the necessary requirements. [Editor’s note: At publication, most Covid restrictions had been lifted for travel to Cuba, but since things are always changing be sure to ask your advisor for the most updated requirements.]

Q. You’ve traveled to Cuba twice before, most recently in 2019 with your wife and daughter. What was it like to visit now compared to pre-pandemic?

It definitely wasn’t as busy and didn’t feel as touristy as it did last time I was there. When I visited with my family in 2019, we enjoyed so many amazing sights and truly loved them. On this trip, I was able to appreciate the country even more. That was in part because it wasn’t as crowded and in part, because this time around, I had the opportunity to dive even deeper into the culture—specifically the art, the politics, the people, and the social scene. There’s quite a strong social scene around art and music, so I learned a lot more about those aspects.

And I would say the restaurant scene is as strong as ever, if not better. For the most part, everything is sourced and grown locally. The menus change regularly because of the ingredients available, but I think this allows for the chef’s creativity to shine. We ate at a number of amazing paladars, like Ivan & Justo, 5 Sentidos, Antojos, and La Guarida. These reservations can be hard to get, which is why working with a travel professional who has partners on the ground—we visited with Cultural Cuba—can be particularly helpful. The food was all extremely well-designed and the flavor was outstanding. I was very impressed with the paladars last time around and even more so this time.

Q. What were some of the highlights of your trip?

There’s so much to do and experience. We went on a walking tour of Old Havana, took salsa lessons, and had a private cigar and rum tasting with the head sommelier of Havana Club rum, which was really special, all through Cultural Cuba.

We were also able to learn about and see a ton of the art scene, including visiting the studio and gallery, Fucina Des Artistas, and meeting various artists, like Andy LLanes and Roldan Lauzan. We were able to see these amazing artists who are top in the Cuban art scene. And through their art, we also got a better sense of the political scene and perspective of the country. It turns out one of the artists was actually having a party, and we were invited to go. We were able to see his private collection and engage with many local friends, which was really just incredible.

But probably the most meaningful was visiting with two organizations that are really making an impact in the area. One was Old Havana Preschool, which is run by nuns who help educate children from tough backgrounds, whether orphaned or with parents who are dealing with addiction or just working parents who don’t have the resources—and they are able to entrust their children to this amazing organization.

And the other was Habana Compás Dance, a dance academy where they promote Cuban dance, music, and percussion. In particular, they teach young women how to be percussionists. Historically, women weren’t allowed to be percussionists, so this organization is really breaking barriers. And even though the academy is located in a very poor neighborhood, they’ve won many awards and are recognized internationally, so they’re truly helping the community and, in particular, the young women involved. Cultural Cuba actually sponsors both of these organizations as part of their commitment to economic sustainability and support for the Cuban people.

Q. As a Cuban-American, what was it like traveling in the country having familial roots?

Being the son of a Cuban who left the island in 1959, I was always raised to look at Cuba with love because that’s our country but also as a place you didn’t want to go back to. Many Cuban-Americans frown on tourism in Cuba or supporting the country, but having been there now three times, I see the other side of it as well. I have a desire to learn more and connect with my heritage and my roots. And I want to do that by going back to Cuba and by sending people to Cuba to learn more about the country and support the people as well. Being Cuban-American, I believe in the capitalist system and am also drawn to the people there and the rich, wonderful culture. It’s a tough situation; one that I am learning to navigate and encourage others to do as well. 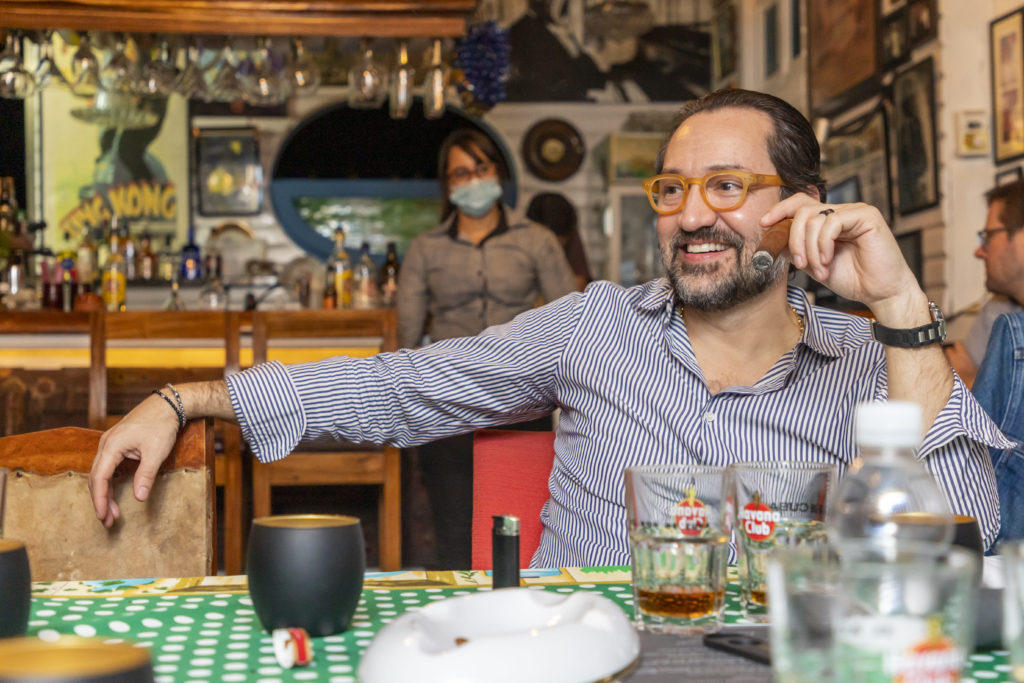 Q. Who should visit Cuba—and why?

I think it’s a wonderful destination for a trip with friends. Again, there’s so much culture, whether you’re into music, dancing, art, or food, so being able to visit with friends and immerse yourself in that is great.

I also think it’s great for families, particularly those with teenagers or college students. It offers the chance to get into some important conversations about art, culture, and politics; it’s the essence of what travel truly is. And all of that is so accented in this destination. It really is like stepping back in time, even now. When you visit a place that is so different from your own, it really creates the opportunity, as a family, to talk about all of these topics and to learn and really have meaningful exchanges and time together.

Q. What is your go-to advice for those thinking of booking a trip to Cuba?

Cuba is definitely a place of learning, a place of stimulation—from the colors to the sounds to the food. I think that’s why you walk away so exhilarated and just so in love with the country. You can truly sense and feel and see the difference. So my go-to advice—other than working with a professional agent or agency—is to learn more about the history of Cuba before you go. The Netflix series Cuba Libre or the new book Cuba: An American History by Ada Ferrer are both great ways to do that. And while there, be intentional about what you want to do and how you approach your experience. There’s so much to do and take in that being mindful and deliberate in how you experience it can make all the difference.

Fernando at La Bodeguita del Medio, where Mojito was created.

Fernando at La Bodeguita del Medio, where Mojito was created.

Take me to F1RST Selects Stories

How Travel is Changing and What That Means for You

An Insider’s Guide to Visiting Croatia and Montenegro in 2021

Q&A: Talking Italy, Tourism, and A Golden Rule of Travel

Endless Summer: Keep The Vibe Going at These 6 Spots